The purpose of the “Shooter Spotlight” is to help shooters get to know their fellow competitors a little bit better. We cover a wide range of shooters from “Marksman to Master.” This is the 64thinterview in the series. 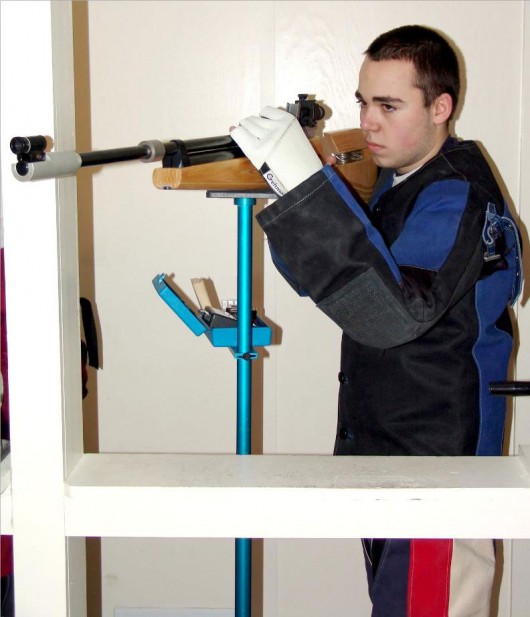 Where do you call home?
Niantic, Connecticut

How did you get involved in shooting competitively?
One day when I was 8 years old my dad came to me after my football practice and told me about the junior program at Quaker Hill Rod & Gun Club where he shot as a kid. He asked me if I wanted to try it and I said I would see if I liked it. I did, and 2 years of practice later I shot my first match at the Gallery Warm-Up at the Bridgeport Rifle Club.

What is a little known fact about yourself that your fellow competitors might not know?
Well, there aren’t many little known facts about myself as most of my time is consumed by school and shooting, but one thing many people dont know is when I was little for christmas one year I got a Santa PEZ dispenser in my stocking. Everytime after that I got a PEZ dispenser I kept it and my collection grew and grew and now I have well over 200 in my collection, some of which have become worth quite a bit of money.

What do you consider your finest shooting achievement?
My finest shooting achievement to me doesn’t involve winning or shooting a great score rather then actually having been able to compete. As many may already know over the past two seasons I’ve struggled to overcome and recover from osteosarcoma, which is a form of bone cancer. During the summer of 2009 I spent almost all of my time in a hospital recieving treatment for my disease. When the time rolled around for prone match week of Camp Perry that year I realized I had that same week off from treatment. Even though I was still very physically ill, I wanted nothing more then to go and still compete, and also spend a good time with friends as this became a rare event. So I convinced my doctors to let me go and fought through the sickness and competed in the iron sight matches during the first part of the week. For me this will probably remain my greatest shooting achievement.

What is your favorite post match drink?
Well, even though everyone says they are terrible for you, after a match I am normally half asleep so I have an Amp or Monster energy drink so I can stay awake for the rest of the day.

Do you have a favorite shooting range?
My favorite range to date for the indoor season has to be the range at West Point Military Acadamy. Outdoor ranges however I havent quite acquired a favorite yet as I havent shot at many.

Do you have any short term and/or long term goals?
My short term goal for shooting right now is to return to competeing as soon as possible. Because of my disease I unfortunatley had my right femur almost completely reconstructed. This has restricted all of my shooting to the prone position. Even though I will never be able to return to the traditional sitting or kneeling positions, hopefully once my bone heals back together I can return to practicing shooting standing as well. As for long term goals I currently do not have any. The situation with my bone healing is still unknown so hopefully in the near future I will find out whether or not I will be able to continue shooting at all and then make my goals from there.

What shooting skills are currently focusing your energy on?
Currently I am focusing my energy on maintaining my basic shooting skills by shooting prone as much as I can so my skills dont suffer too severly if/when the time comes that can return to shooting standing as well.

Thanks Zach for sharing a little bit about yourself with the pronematch.com community!