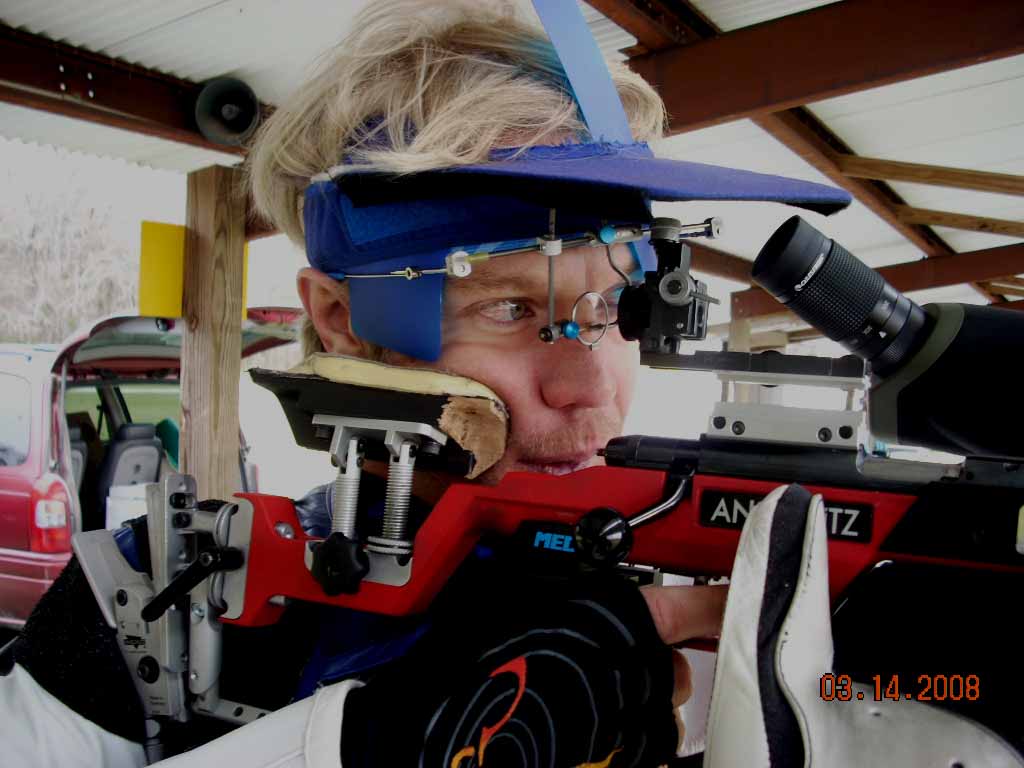 It is with great sadness that Pronematch.com has learned that fellow rifleman Bart Parnall left the range on October 15, 2011. Bart succumbed to Primary Pulmonary Hypertension while waiting for a heart/lung transplant.

Most of us last saw Bart at Camp Perry where, in spite of being hooked up to an oxygen tank, he shot a 2392-173X during the Prone Metallic Sight Championship to earn a place on the 2011 US Dewar Team. Unfortunately his conditioned worsened and he had to leave Perry prior to the firing of the Dewar to seek medical treatment.

Bart started shooting at nine years of age in his native Maine and won the Maine State Junior Championship three years in a row. He first came to national prominence on the shooting scene when, in 1981, when he won the Joseph P. Glaab Memorial Trophy emblematic of the NRA National Sub Junior Prone Championship. He competed at the college level as a member of the Murray State University Rifle Team and then took a hiatus. After graduation from Murray he served as an officer in the US Army where he completed the rigorous training program to earn the coveted Ranger Tab.

He returned to the game in 2007 with the goal of making the 2012 US Olympic Shooting Team in the prone event. It would be hard to conceive of Bart being as disabled for during his last few months of competition he won the Black Hawk Rifle Championship with a score of 3199-251X. He followed that up by taking the Dixieland Smallbore Regional 3200 and 2011 Georgia State Championship. Just prior to Perry he shot the Mid-Atlantic Prone Championship, winning it with a near perfect score of 6399-518X. He shot two iron sight 1600s, for a rare metallic sight 3200, and one any sight 1600 in the process.

While Bart’s professional life centered about his work as the principal consultant, for Pi Marketing Company of Charleston, SC, he was a talented artist. Perhaps that was a genetic gift, as he was the son of award winning designer, illustrator, and author Peter Parnall, and Virginia Buck, a children’s book author. His wife, Christy, also survives him.

Bart faced his disease, a no win situation, with great fortitude, refusing to compromise his life style or dreams to its debilitating effects. Those of us who spent any time with Bart witnessed his good humor, positive attitude, and, as Ernest Hemingway famously defined courage, his grace under pressure.

12 Responses to IN MEMORIAM: Bart Parnall