The purpose of the “Shooter Spotlight” is to help shooters get to know their fellow competitors a little bit better. We cover a wide range of shooters from “Marksman to Master.” This is the 65th interview in the series. 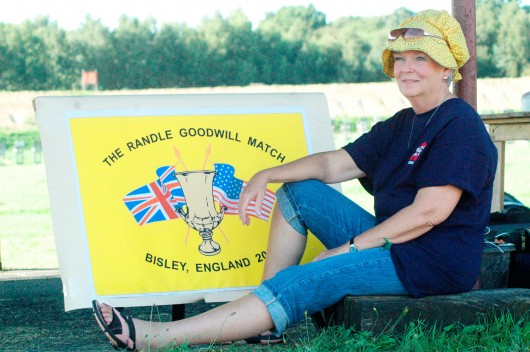 Where do you call home?
Saginaw, Michigan–at least since 1965

How long have you been shooting?
My first prone matches were in 1955, but I think my first Camp Perry was 1956.

How did you get involved in shooting competitively?
I was literally a Camp Perry baby, born back in Cleveland while my dad competed in the 1940 prone matches, and grew up on the rifle ranges in northern Ohio.  I started shooting at the Jr. & Tyro school at Perry and the Allen Park Jr. Rod & Gun Club in 1955 shortly after we moved to Michigan.  Mom was on the staff of volunteer rifle marksmanship coaches there, and we practiced on Tuesday and Thursday nights at the youth center.  I turned out to be a horrible 3P shooter!  Outdoor prone was much kinder to me.

What is a little known fact about yourself that your fellow competitors might not know?
There are probably quite a few: art major in college, homecoming queen in college, school counselor for 23 years, 15 years as a counselor/special needs coordinator at a career center, several years on the board of Michigan Occupational Special Populations Association, wrote the MOSPA newsletter for 10 years, very involved in service to my church, in 2009 as a church community service project put together a community guide of all businesses and organizations in our town (Carrollton, MI, a suburb of Saginaw) and in 2010 followed up with a guide to all events in the community.

What do you consider your finest shooting achievement?
1986 SB Prone Iron Sight Championship  (I really surprised myself with that one!)

What is your favorite pre-match meal?
I really do not think about food when I am shooting–something simple like toast or an English muffin.  When I was a teen, at the Akron match for breakfast I would always get a slice of cherry pie and orange pop!  Disgusting, isn’t it?

What is your favorite post match drink?
Typically I will treat myself to a Black Russian if we go out to dinner.  Otherwise, Coke Zero.

Do you have a favorite shooting range?
I go so few places anymore that Camp Perry is home to me.  In my early years I loved the ranges at New Philadelphia  (OH) (Sam Bond’s range) and Akron (OH).  They no longer exist.

Do you have any short term and/or long term goals?
Other than surprise myself by doing something really wonderful, no.  I had once desired to be the first woman to win a senior championship, but I can no longer shoot irons and Martha Kelley has won the all-scope championship twice now.

What shooting skills are currently focusing your energy on?
Mastering the basics of the sport and finding pleasure in the process.  That is the key to success–and enjoyment.

Thanks Lenore for sharing a little bit about yourself with the pronematch.com community!