The purpose of the “Shooter Spotlight” is to help shooters get to know their fellow competitors a little bit better. We cover a wide range of shooters from “Marksman to Master.” This is the fifth interview in the series. 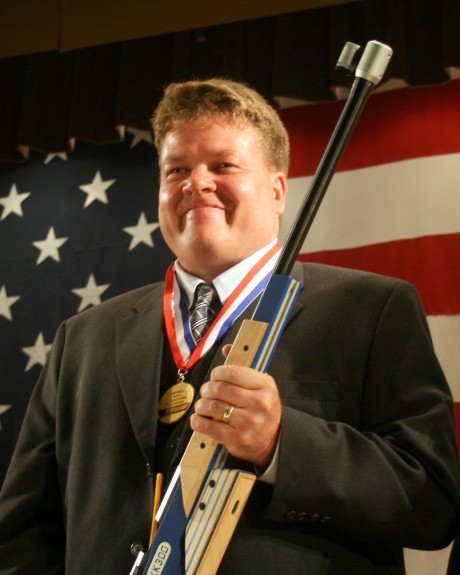 How long have you been shooting?
Smallbore since 1989, Long Range HP since 1993

How did you get involved in shooting competitively?
My dad would not allow my siblings and I to have any firearms, so I started really late (you know what happens when you tell a child they CAN’T have something!!). My brother got me into long range varmint hunting and I started building my own guns very early. I had a hunting friend who shot indoor smallbore who started me in three position and I was hooked. I have focused on prone shooting primarily the past few years (smallbore and LR high power) pretty much because my standing scores were awful!

What is a little known fact about yourself that your fellow competitors might not know?
I play piano (keyboards) and persued a career in that field in my youth. I am a structural engineer and have been with the same firm for 24 years.

What do you consider your finest shooting achievement.
Winning the smallbore prone National title in 2008 (definitely!!), the Roberts team to England this year and the Sierra trophy Palma aggregate in 2005 and 2006.

What is your favorite pre-match meal?
I adore pasta! (that’s amore!)

What is your favorite post match drink?
Any dark beer is good!

Do you have a favorite shooting range?
I have one at home so that would definitely be it!

Do you have any short term and/or long term goals?
I was blessed to win the Nationals, and I don’t know if lightning strikes twice (but I would love to try!). I would love to make the Pershing team in four years, maybe the Roberts team again (in eight years)

What shooting skill are currently focusing your energy on?
My first love will always be smallbore prone – I devote a very large part of my building / testing and training time to it.

Thanks Kevin for sharing a little bit about yourself with the pronematch.com community!

Dan started shooting competitive smallbore in 1986. During his Junior career, he earned two national junior team titles as well as local and regional wins. After a 10 year year hiatus to attend college and start a family, Dan returned to the sport and has added local, sectional and regional wins to his shooting resume. Dan is a Distinguished Rifleman, National Record Holder, U.S Dewar Team Member, Black Hawk Rifle Club Member, Digby Hand Schützenverein member, and is the founder of pronematch.com. He lives in Massachusetts with his wife and 2 children.
View all posts by H →
This entry was posted in Shooter Spotlight. Bookmark the permalink.