The purpose of the “Shooter Spotlight” is to help shooters get to know their fellow competitors a little bit better. We cover a wide range of shooters from “Marksman to Master.” This is the 61st interview in the series. 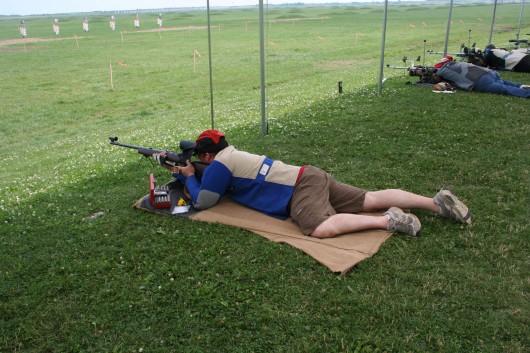 Joe Smith shooting the Made In America Match at Camp Perry.

Where do you call home?
Niantic, CT

How long have you been shooting?
15 + years

How did you get involved in shooting competitively?
My brother suggested that I try it

What is a little known fact about yourself that your fellow competitors might not know?
I once considered voting for a Democrat

What do you consider your finest shooting achievement.
Winning the 1979 Mohegan League Junior Champion title

What is your favorite pre-match meal?
Nuts

What is your favorite post match drink?
Gin and Tonic

Do you have a favorite shooting range?
Quaker Hill Rod and Gun Club, my home range

Do you have any short term and/or long term goals?
Improving at the local and national prone matches/ winning same

What shooting skills are currently focusing your energy on?
Indoor 3p until the weather gets better

Thanks Joe  for sharing a little bit about yourself with the pronematch.com community!