The purpose of the “Shooter Spotlight” is to help shooters get to know their fellow competitors a little bit better. We cover a wide range of shooters from “Marksman to Master.” This is the 58th interview in the series. 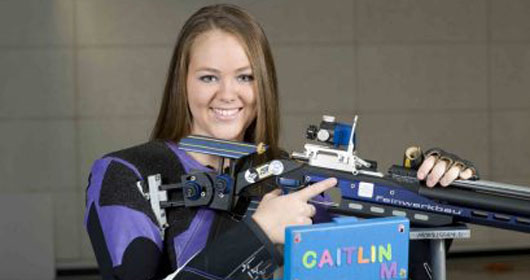 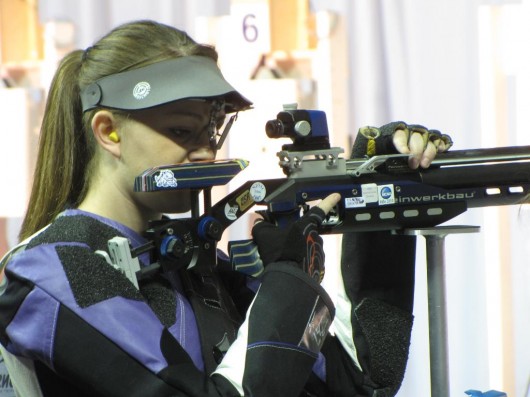 Where do you call home?
I am from Topeka, Kansas. My home shooting range is Capital City Gun Club.

How long have you been shooting?
I have been shooting since I was 8 years old, which translates to about 12 years now.

How did you get involved in shooting competitively?
I went to the range with my Dad when I was young and shot with him. I had natural skill and I liked it, so I started shooting more often. Then I got involved in the Junior Shooting Program at Capital City Gun Club (CCGC) and shot against boy scouts and other guys that came out to shoot. I thought it was fun to beat the boys, so I kept at it and got better. My Dad introduced me to competitive shooting and I have been traveling to do so ever since.

What is a little known fact about yourself that your fellow competitors might not know?
When I am shooting, I like to sing songs in my head. It keeps me from thinking too much about the match.

What do you consider your finest shooting achievement.
My finest shooting accomplishment would have to be winning the 2010 NCAA Championships as a freshman. I shoot for Texas Christian University’s Women’s Rifle Team and we won the championship. I was one of the four firing members of the championship team. We were the first all woman’s team to win in the history of the NCAA sport. I was also named an NRA All-American my freshman year.

What is your favorite pre-match meal?
I like to eat Subway before I shoot or strawberry Nutri-Grain bars (if it’s in the morning). I also like to eat Teddy Grahams during breaks in matches.

What is your favorite post match drink?
Dr. Pepper definitely!

Do you have any short term and/or long term goals?
I would like to win another NCAA Championship before I graduate, as well as make All-American for the next three years.

What shooting skills are currently focusing your energy on?
I am currently working on consistency, being sure that I can balance all three positions plus air rifle, yet still maintain and possibly improve.

Thanks Caitlin for sharing a little bit about yourself with the pronematch.com community!

Erik Hoskins is a Double Distinguished Smallbore Rifleman, member of the 1600 club, multiple U.S. Dewar Team Members, four time NCAA All-American team member, a member of the Norwich University Athletic Hall of Fame, and a successful local and regional shooting champion. He lives in Massachusetts with his wife and 3 children.
View all posts by Erik Hoskins →
This entry was posted in Shooter Spotlight and tagged Featured. Bookmark the permalink.