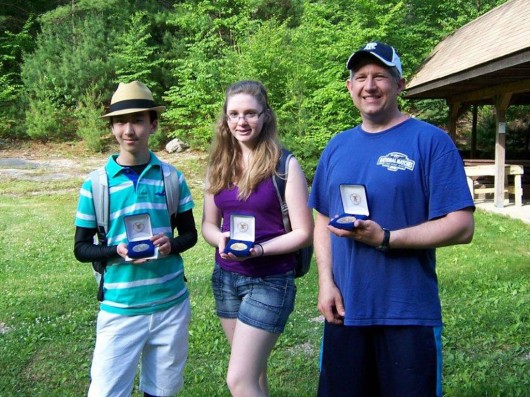 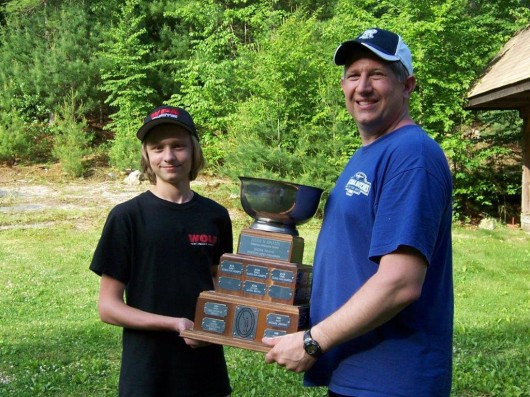 The Rhode Island Three Position Regional and State Championship is not typical of most matches of its type as it is shot at 50 meters, not on reduced targets as is common on most ranges. June 2, 2013 was a bright late spring day with tricky winds swirling and playing across the South County Rod and Gun Club range.

Sid Martin called the competitors to the line for the first stage of the 120 shot three position match which is fired on the demanding International Shooting Sport Federation target. Joe Graf, defending state champion, made his statement early with an opening prone stage of 197-8X. He followed it up with a 192-10X for a match winning score of 389-18X. Hard upon his heels was Quaker Hill Rod and Gun Club’s Ernie Mellor. The wily old senior notched a 384-15X just ahead of the Bay State wonder Mackenzie Martin’s 384-12X.

The standing match separates the wheat from the chaff and Martin, using iron sights, seemed unaffected by the wind as she put together a 189-7X and backed it up with a 182-3X for the top standing score of 371-10X. Juniors held sway in standing as Brenden Whitaker placed second with a 340-5X just a slim one point and two Xs in front of third place Alex Muzzioli’s 339-3X.

Going into kneeling it was Martin’s Regional to lose and she wasn’t about to let the gold medal and Camp Perry voucher slip from her grasp. She did not win the final match, kneeling; finishing second to Graf who carded a 374-6, with a 367-7 just ahead of third place Mellor’s 366-9X. However, she had such a huge lead that her aggregate score of 1122-29X earned her the gold medallion. Whitaker cruised in to second shooting a 1079-21X to edge out Graf, who settled for bronze, with a 1075-24X.

No match can be a success unless many unsung heroes pitch in willingly. The range was set up and broken down by Joe Graf and Joe Chrostowski. Dick O’Rourke assisted them as well and ran targets to scorer Hap Rocketto. Michele Makucevich supplied logoed glasses which were presented to match winners. None of this could have happened without the generosity of the South County Rod and Gun Club, and its members, who graciously hosted the event.