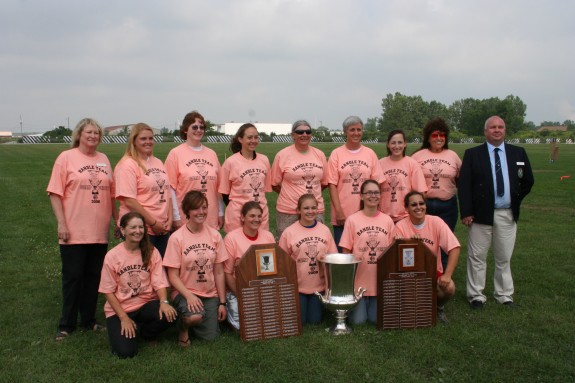 There are two for Camp Perry (one for prone and one for 3-P) and there are two for the new Metric Championship, which starts in 2010 (one for prone and one for 3-P). The new Metric Championship will be the weekend before Camp Perry and will be held in Indiana about 200-250 miles from Camp Perry. It will be two days of prone (Fri & Sat) followed by two days of 3-P (Sun & Mon).

The entries can be sold by the winner as no name will be on the certificate.

The winner with the first ticket drawn can select their award, Camp Perry or the Metric Championship. The second ticket drawn will receive the other entry.

Dan Holmes started shooting competitive smallbore in 1986. During his Junior career, he earned two national junior team titles as well as local and regional wins. After a 10 year year hiatus to attend college and start a family, Dan returned to the sport and has added local, sectional and regional wins to his shooting resume. Dan is a Distinguished Rifleman, National Record Holder, U.S Dewar Team Member, Black Hawk Rifle Club Member, Digby Hand Schützenverein member, and is the founder of pronematch.com. He lives in Massachusetts with his wife and 2 children.
View all posts by Dan Holmes →
This entry was posted in Other Smallbore Information and tagged Bisley, Black Hawk, Camp Perry, Fundraiser, Randle Team. Bookmark the permalink.