October 13, 2013 was a day for a trio of last minute sporting event heroics in New England. With the clock showing just five seconds left, Tom Brady connected with Kenbrell Thompkins on a 17-yard touchdown pass giving the New England Patriots a 30-27 win handing the New Orleans Saints its first loss. In the waning minutes of the day Red Sox designated hitter David Ortiz connected on the first pitch from Detroit reliever Joaquin Benoit for a game-tying grand slam in the eighth inning and Jarrod Saltalamacchia delivered a walk-off single in the ninth as the Red Sox claimed Game 2 of the American League Championship Series.

Sandwiched in between these two exciting wins was the last day of prone shooting in the region, the 2013 Great Pumpkin Metric Prone Regional at Connecticut’s Bell City Rifle Club. After two days of confounding wind and light the conditions simply died as the line began sighting in for the final 20 shots at 50 meters. Execution would be the key to success. Eight minutes after Line Officer Mark Sloan called, “Commence fire” Hap Rocketto racked back his bolt, inserted his Empty Chamber Indicator, and looked through his spotting scope. A short time later Bill Neff did the same. All the groups were tight but not quite centered on the tiny ten ring of the A-51 target so both riflemen had some anxiety that was not relived until Scorer Tony Panko applied overlays to confirm the good news. Shooting side by side, Neff and Rocketto had posted only the fifth and sixth perfect scores shot in the history of the venerable tournament. The two newest winners of the “200 Pot” were congratulated by Greg Tomsen and Ron Wigger, the third and fourth to accomplish the feat. Bill Lange, who shot the only clean at 100 yards, had stopped by for a visit earlier in the day so former National Prone Champion Cory Brunetti was the only member of the “200 Pot” club not present.

None of this took the shine from Niantic Sportsman Club Lisette Grunwell-Lacey’s grand aggregate winning performance, a 2285-69X. Better known for her prowess as a position shooter the Pumpkin marked her first major prone victory. However, it did not come easy as the final possession of the gold medal went down to Xs.

Shawn Carpenter, of the Quaker Hill Rod and Gun Club, last shot a prone match at the 2012 Pumpkin. Surgery put him on the 90 Day Disabled List at the beginning of the summer and, but for one winter league position match two weeks ago, he had not shot in a year. But shooting is like riding a bike, once learned it is never forgotten. The skills that earned him Distinguished with both the service and prone rifles came to the surface and he came within ten Xs of tying for the lead.

Sharpshooter Jeff Henry, who has been making dramatic strides in the last year, took the bronze medal, carding a 2276-72X winning the metallic sight aggregate along the way.

Tomsen, perhaps the best scope shooter in the state, walked away with the any sight aggregate carding a score of 1163-62X.

Winning the 200 Pot gave Rocketto a one point edge, 2275-69X to 2274-65X, over Len Remaly for the senior category title. His good luck did not end with the shooting as he also won the 50-50 raffle drawn during the awards presentation. Remaly went home with high score honors in the combined Master/Expert class. Dale Petty was the top Sharpshooter while Bailey Urbach shot the best score in the Marksman/Unclassified class. Elizabeth Dutton and Jarred Dassler were the woman and junior champions respectively.

Henry opened the match by winning the metallic sight 100 yard match with a 380-11X. Lilly Davenport bested all in the Reverse Dewar with her 383-11X and Grunwell-Lacey’s 382-11X was the high 50 meter score. Carpenter posted a 383-15X, to aid his cause, winning the any sight 100 yard match. Rocketto put together a 391-15X for the any reverse Dewar win. Grunwell-Lacey, 397-20X, closed the tournament with her second win at 50 meters.

In a 50 meter iron sight team match Andrew Solomonides and Tobin Sanctuary combined for a 765-22X for the victory.

Assisting Panko in running the match, in addition to her father who scored and Sloan were Paul Fecteau who helped Tony on Saturday, Mr. Davenport and Mr. Dassler who collected targets. Without the help of volunteers and parents, the match would have not run so smoothly. 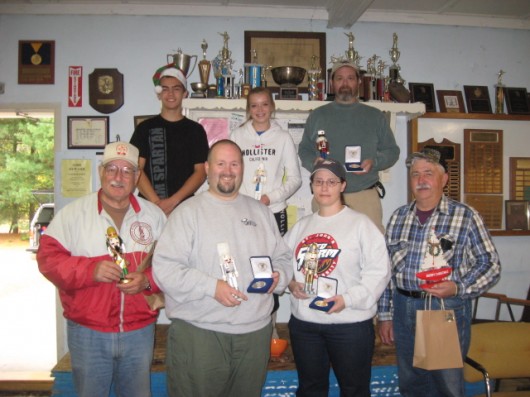 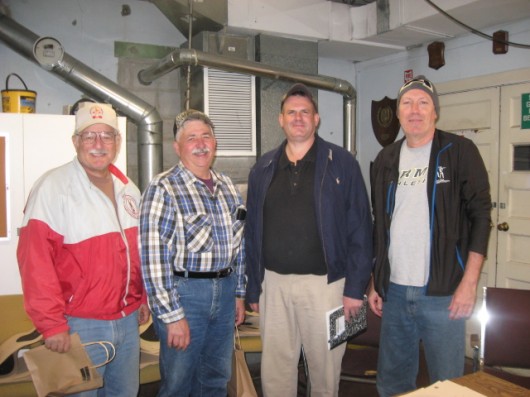