The purpose of the “Shooter Spotlight” is to help shooters get to know their fellow competitors a little bit better. We cover a wide range of shooters from “Marksman to Master.” This is the 34th interview in the series. 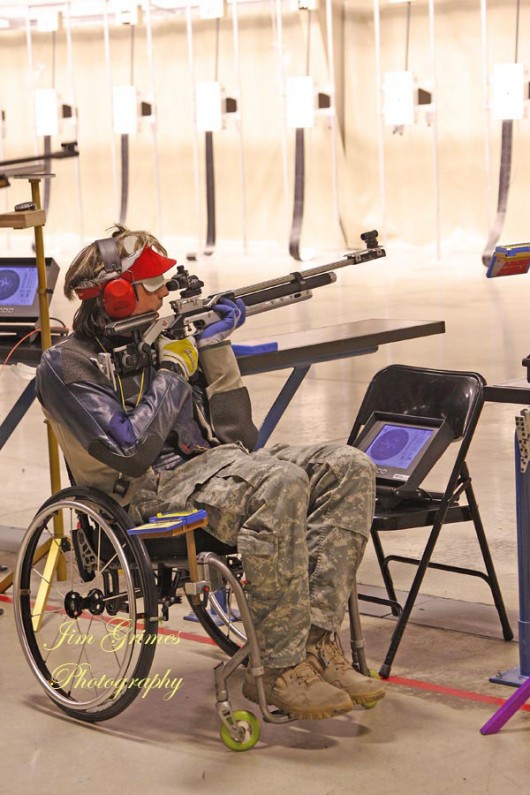 Where do you call home?
Born, raised, and currently live in Fremont, Ohio, which is about 20 miles south of Camp Perry.

How long have you been shooting?
I started shooting 3 and 4 position when I was 11 years old, which now puts me in my 38th season.

How did you get involved in shooting competitively?
My Dad shot competitive pistol, mainly muzzleloading. Since we made a semiannual trip to Friendship Indiana for the National Muzzleloading Championships, it was only natural that I began competing there. Fremont had its Rifle and Pistol Club, and as my Dad would go to the Club on Friday nights to shoot pistol, I took more of a liking to rifles, eventually shooting with the Fremont Junior Rifle Club. From there I went on to Ohio State to compete on the Varsity Rifle Team, where I was Captain my Junior and Senior years, with the ultimate prize of winning the Big Ten Championship Team title three of the four years I competed.

What is a little known fact about yourself that your fellow competitors might not know?
After graduating from Ohio State, and somewhat burned out on shooting, I competed in triathlons for about 10 years. I have about 30 international distance (1K swim, 40K bike and 10K run) races and a Half-Ironman distance (1.2 mile swim, 56 mile bike 13.1 mile run) race to my credit.

What do you consider your finest shooting achievement?
Obviously it was my 2009 3P Any Sight win at Perry. Actually, all of 2009 was a great year, where I also added the very elusive Top 10% finish at Perry to finalize my Position Distinguished award, and also winning the State of Ohio Outdoor 3P title. But prior to that, and as stated above was my contribution as part of a Team that won 3 Big Ten Titles, and also adding a very deserving 3P Individual Big Ten Title my Senior year after a 4th and two second place finishes.

What is your favorite pre-match meal?
Pre-match and during the match, I usually eat cereal and bananas and drink water and/or Gatorade.

What is your favorite post-match drink?
20 oz. Coke, or a Slurpee if a 7-Eleven is nearby.

Do you have any short term and/or long term goals?
Since being diagnosed with MS more than 10 years ago, I find every day becomes a short term goal setting endeavor. As I try to remain centered and live each day by not worrying what the future holds, sometimes I have difficulties with long term goals. As for my shooting, I am striving for: 575+/600 air rifle, 1150+ 3×40 outdoor with iron sights on the metric target, and to be able to walk again for sure!

What shooting skill are you currently focusing your energy on?
I continue to work a lot on mental imagery, which helps me with my shooting, and overcoming the day-to-day issues with the MS I deal with. However, in a previous Spotlight, Kim Coffey hit it perfectly, and that is wanting the “perfect ten” which I am also guilty of, and focussing more attention to. I will follow her advice in future training and competitions. To help me, I keep this quote by William James in the front of my shooting diary: “It is our attitude at the beginning of a difficult task which, more than anything else, will affect its successful outcome.”