A gem of a New England spring day saw 20 competitors battle it out for regional and state honors at the South County Rod and Gun Club in Escoheag, Rhode Island on June 1, 2014. Like the first Glorious First of June in 1794, a major naval victory of British sail over the French fleet in the French Revolutionary Wars, so it was for Jeff Doerschler who took home both a gold medal and a National Championship voucher for his efforts.

The conditions were first-rate on one of the rare actual 50 meter smallbore ranges in New England; comfortable temperature, good light, and moderate winds. The only flies in the ointment, so to speak, were the gnats and mosquitoes that are usually found on the South County smallbore range early in the morning in the late spring. They soon disappeared as the sun rose higher in the sky.

It was evident that it would be a good contest right from the start when Taunton Marksmanship Unit’s Mackenzie Martin pulled off a one point win in the prone match with a 390-18X. Hot on her heels was Alex Muzzioli, representing the Newport Rifle Club, who posted a 389-17X with a near perfect 199-11X second card. Jeff Doerschler, of the Corporal Digby Hand Schützenverein, ended up in third place on a tie breaker as his second target was 194-9X.

Martin held onto her one point lead by her finely manicured fingernails as she and Doerschler both fired 380s standing, but she lost the match to the former national champion by a single X, 13 to 12. Taunton’s Brendan Whitaker posted a fine 372-8X moving him into third place in the match and the aggregate.

It all came down to the last target kneeling, as it so often does. Doerschler and Martin remained tied in X count, they both now had 36, but Doerschler slipped ahead of Martin with a 195-6X to her 192-6X. Doerschler, an engineer, is well aware of the fact that the symbol delta means difference, and his previous negative delta of one was now a positive two over Martin with just 20 shots remaining. Whitaker had a solid handle on third in the aggregate with his 188-4X.

As the second string progressed Doerschler shot a 49 to Martin’s 46 on bull one, a 47 to a 46 on bull two, both cleaned the third bull, and he sealed the deal with a 49 to a 48 on the final bull. He had taken the last match, and the gold medallion symbolic of the aggregate with an 1159-56X to Martin’s silver winning performance of 1152-41X. Whitaker closed out his day with a kneeling total of 376-9X for an aggregate of 1131-28X and the bronze.

Muzzioli triumphed as Rhode Island State Champion. He kicked it up a notch as he was the reigning Rhode Island Junior Champion going into the match but emerged the overall Champion. 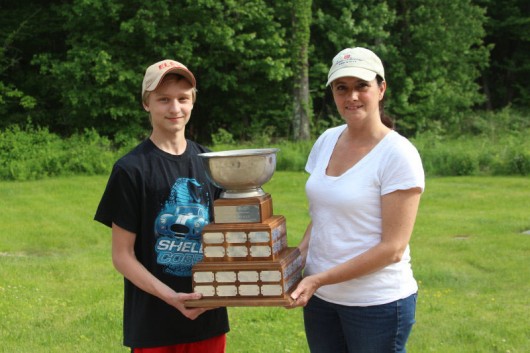 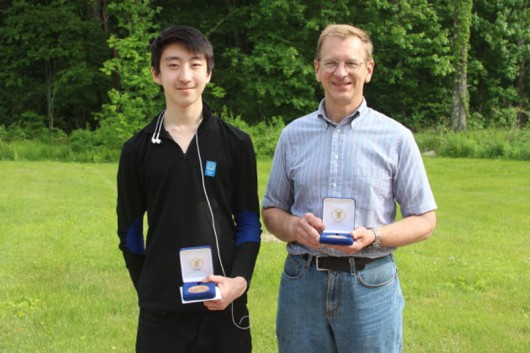 Hap Rocketto is a Distinguished Rifleman with service and smallbore rifle, member of The Presidents Hundred, and the National Guard’s Chief’s 50. He is a National Smallbore Record holder, a member of the 1600 Club and the Connecticut Shooters’ Hall Of Fame. He was the 2002 Intermediate Senior Three Position National Smallbore Rifle Champion, the 2012 Senior Three Position National Smallbore Rifle Champion a member of the 2007 and 2012 National Four Position Indoor Championship team, coach and captain of the US Drew Cup Team, and adjutant of the United States 2009 Roberts and 2013 Pershing Teams. Rocketto is very active in coaching juniors. He is, along with his brother Steve, a cofounder of the Corporal Digby Hand Schützenverein. A historian of the shooting sports, his work appears in Shooting Sports USA, the late Precision Shooting Magazine, The Outdoor Message, the American Rifleman, the Civilian Marksmanship Program’s website, and most recently, the apogee of his literary career, pronematch.com.
View all posts by Hap Rocketto →
This entry was posted in Results and tagged Featured. Bookmark the permalink.