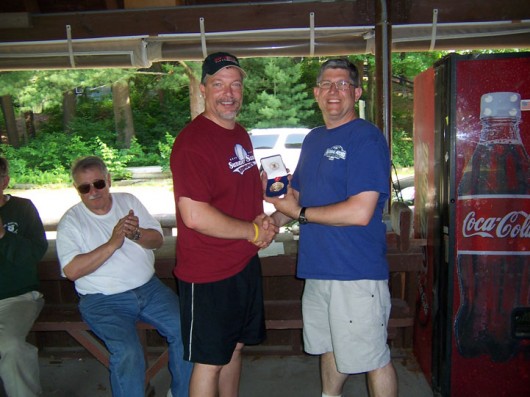 The 2013 NRA Rhode Island Conventional Prone Regional and State Championship was a hotly contested match with as many as seven competitors in the mix for the top slot from time to time.

Michele Makucevich opened the tournament with a 400-34X in the 50 yard metallic sight match nailing down her victory with an impressive 200-20X on her second card. Junior Alex Muzzioli was second behind his Newport Rifle Club coach with a 400-28X while Joe Graf, of the host Smithfield Sportsman’s’ Club, posted a 400-27X for third.

At the end of the metallic phase Makucevich was down two, Graf and Hoskins had dropped three, Muzzioli lost four with Rocketto and Zach Wambsganss five from perfect.

Hap Rocketto, who was seven down, after a metallic sight phase where, as he put it, “I couldn’t find the ten ring with a map and compass” burst out with an anysight Dewar match winning 400-32X. Hoskins who blasted out a 200-20X first card in the match ended up with a 399-32X for second. Kevin Winters took third scoring a 400-29X. The complexion of the match changed after 100 yards as Makucevich and Graf faltered giving up four and three points respectively.

Going into the last match, 40 shots at 100 yards, Hoskins was in the lead, down four. Close on his heels was Muzzioli with a five point deficit. Graf and Makucevich each had dropped six and the Rocketto brothers were seven short of perfect.

Makucevich and Hoskins opened with 200s, 18 and 15 Xs each. Graf and the Rockettos each coughed up a point while Muzzioli went for two. Hoskins, Graf, and Hap Rocketto cleaned the last stage as Steve Rocketto and Muzzioli lost a point each while Makucevich lost a pair.

When the statistical office finished entering the scores and posted the final bulletin Hoskins stood on top with a 1596-120X to take home the gold medallion and a Camp Perry waiver. Graf’s 1593-114X was good for the silver medalist while Makucevich and Rocketto went to Xs, 1592-121X to 1592-118X, to decide that Makucevich was earn the bronze while Rocketto took home Master class honors. Muzzioli posted a 1591-102X to best the Sharpshooter class and take a Perry voucher. Steve Rocketto, 1591-85X, was high Expert and Carolyn Cote earned Marksman honors with a 1572-68X.

No match can be a success without the hard work of the unsung heroes who run the range and score the targets. This year Sid Martin, Kevin Green, Wayne Farrington, Keith Muzzioli, Paula Page, and Nicole Panko insured that the range would be safe and the targets collected and scored. 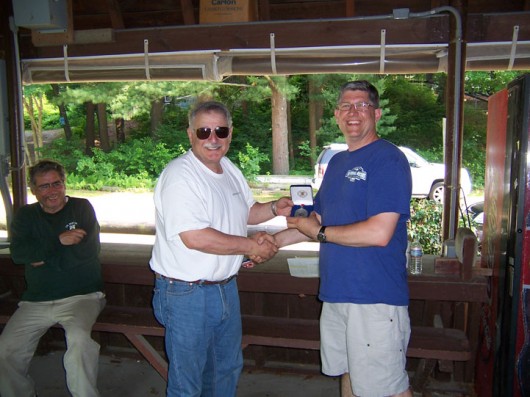 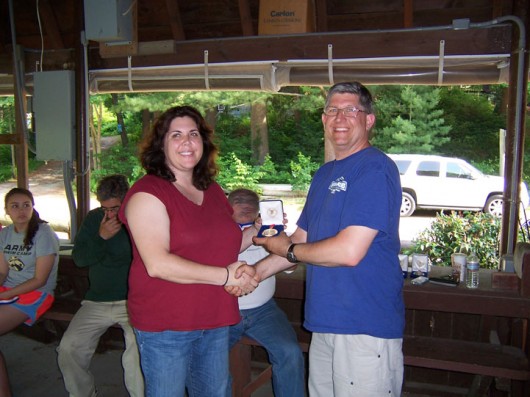