Day 1 of prone off to rough start…

Day one of the prone phase of the National Matches has greeted shooters with a partial collapse of the firing line cover as a result of torrential rains and wind that moved through the region overnight. Repairs are in progress and the hope is to get firing underway around 10 a.m. 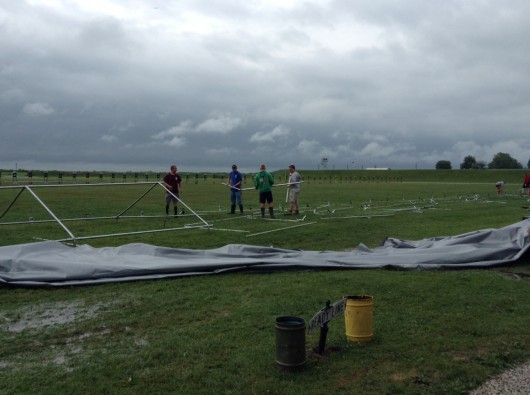 (7/20/13, CAMP PERRY, OH) Volunteers try to repair a collapsed firing line cover on day one of the smallbore prone match after heavy rain and wind moved through the area last night. Photos by Joe Graf. 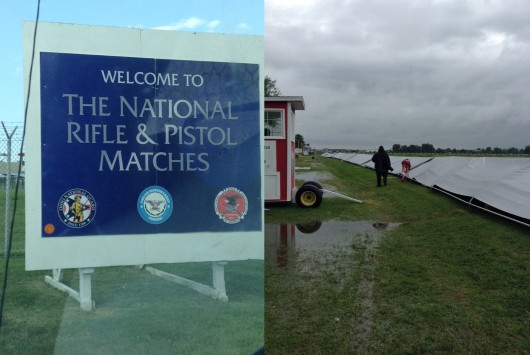 Joe Graf started shooting competitively as a junior in 1983 in both smallbore and high power rifle. After completing his junior career, he turned his attention to focus on smallbore rifle. In addition to shooting competitively, Joe has been the director of the RI Smallbore Rifle League since 1993, the Director of Smallbore Competition for RI State Rifle & Revolver Association since 2005, a member of the 2007 National Four Position Indoor Championship team, and Executive Officer of the RI State Rifle & Revolver Association since 2010. He is a National Record Holder, member of the Smithfield Sportsman's Club, the Blackhawk Rifle Club, and Digby Hand Schuetzenverein. He is a contributor to pronematch.com.
View all posts by Joe Graf →
This entry was posted in Camp Perry and tagged Featured. Bookmark the permalink.