Unfortunately (or fortunately, depending on how you look at it), I discovered that I didn’t have enough windage clicks on my scope during team day–better to happen during team day than the first day of anysights! Between the mirage and the wind, I was only able to get to the the 7 ring at 8 o’clock.

Fortunately, it was nothing a few beer can shims couldn’t fix. Along with helpful guidance of  Jay Sonneborn and Lisette Grunwell, I was able to pickup the clicks I needed and bore sight the rifle. With the scope situated properly, I proceeded to knock the scope on the gun case which threw the scope out of whack again. Doh!

So….my clumsiness led to another bore sighting session out by the hut that Erik Hoskins was kind enough to document with his camera phone. By the way, I was within 5 clicks when I fired my first sighter on day 1 of any sights. 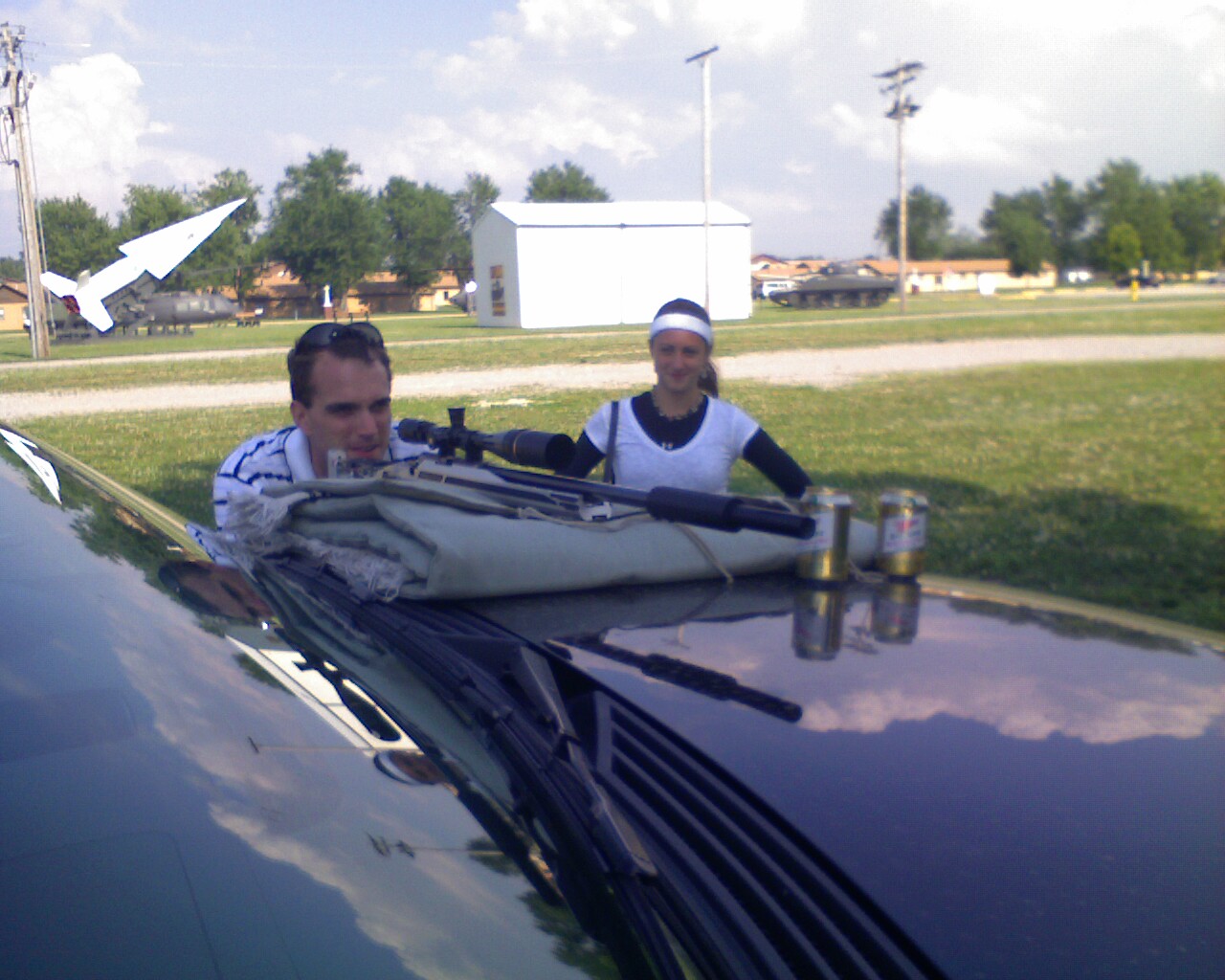 Kim Coffey looks on with a bemused look on her face….probably because I left her stranded without a teammate for the mentor match while I was shimming the scope. The beer on the hood of the truck was consumed solely for the reason of creating shims for the scope. 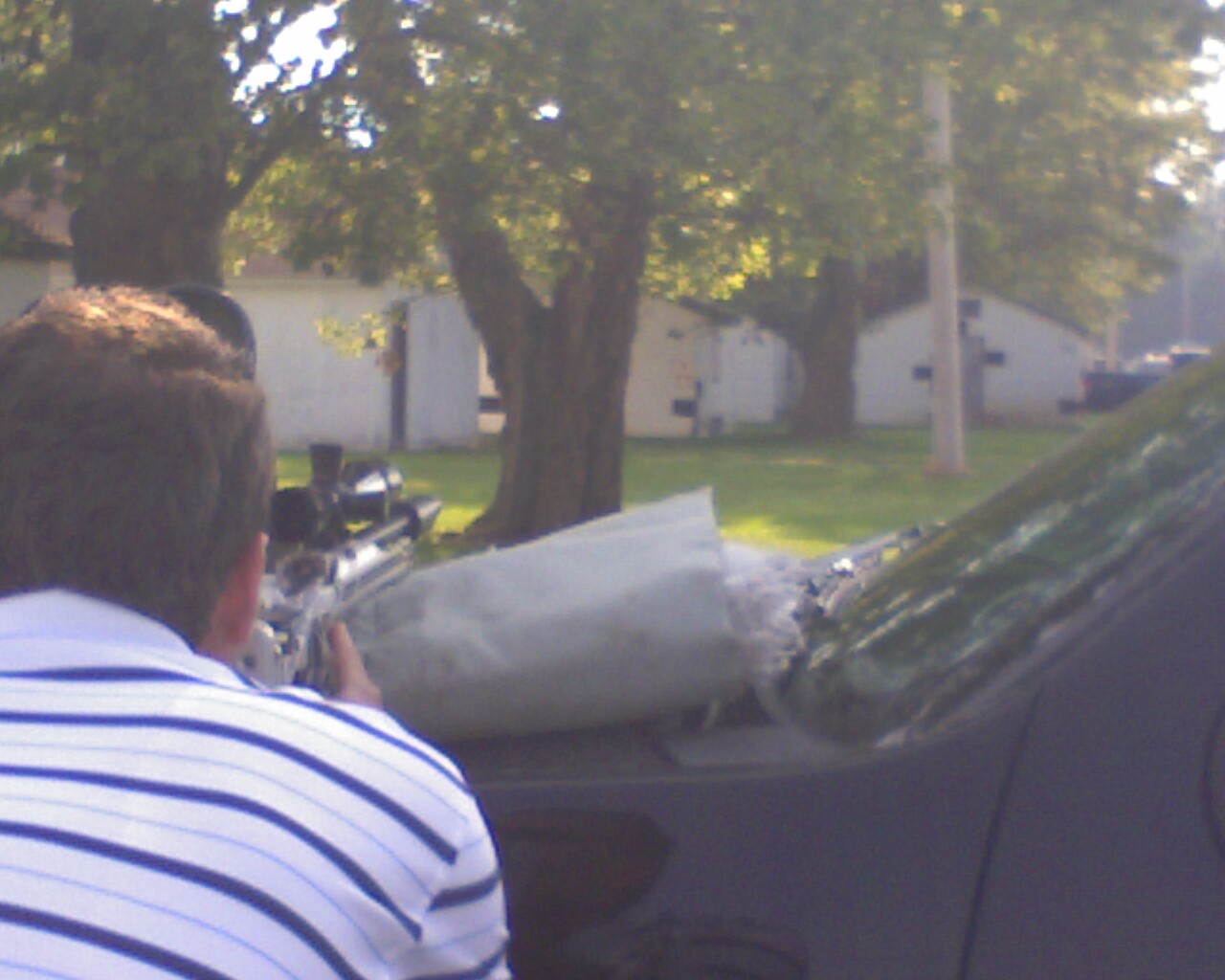 In case you’re wondering, the hut with the target on it was unoccupied.

Dan Holmes started shooting competitive smallbore in 1986. During his Junior career, he earned two national junior team titles as well as local and regional wins. After a 10 year year hiatus to attend college and start a family, Dan returned to the sport and has added local, sectional and regional wins to his shooting resume. Dan is a Distinguished Rifleman, National Record Holder, U.S Dewar Team Member, Black Hawk Rifle Club Member, Digby Hand Schützenverein member, and is the founder of pronematch.com. He lives in Massachusetts with his wife and 2 children.
View all posts by Dan Holmes →
This entry was posted in Camp Perry and tagged Camp Perry, Dan Holmes, Erik Hoskins, Jay Sonneborn, Kim Coffey, Lisette Grunwell. Bookmark the permalink.