UPDATE: Found a photo of inside building 1002 on Flickr.

5° degrees this morning here in eastern Massachusetts on the first day of 2009. No more than 2 years ago, I used to enjoy the New England winters, but after last year’s snow storms (and several hundred tablets of Ibuprofen for my back), I’m finding myself a little hostile towards the winter that is setting in around us this year. It certainly makes me look back fondly at the warm outdoor shooting season of last, and I eagerly anticipate the 2009 outdoor season that still seems so far away.

Speaking of the 2009 outdoor season, Camp Perry is going to look a little different this year for those of us who have fond memories of the wailing wall (i.e. the building 1002 where the scores are posted). The wailing wall has been demolished to make way for a new building that will perform the function of its predecessor as well as that of the awards, entry, finance, and scoring offices. I’m sure the new building will be nice, but I’m going to miss the stuffy, dimly lit, grease pencil walls of building 1002. No doubt the whirring of the industrial fans that so inefficiently cooled the building will be replaced with the hum of cold air conditioned comfort—even if your score isn’t that comforting. I dug through all of my old pictures but don’t seem to have any pictures of building 1002. If anyone has a picture of the wailing wall, send it to me and I will publish it. Perhaps staff historian Rocketto has something in his archives? [EDIT: Hap has pulled through and provided a picture of building 1002] 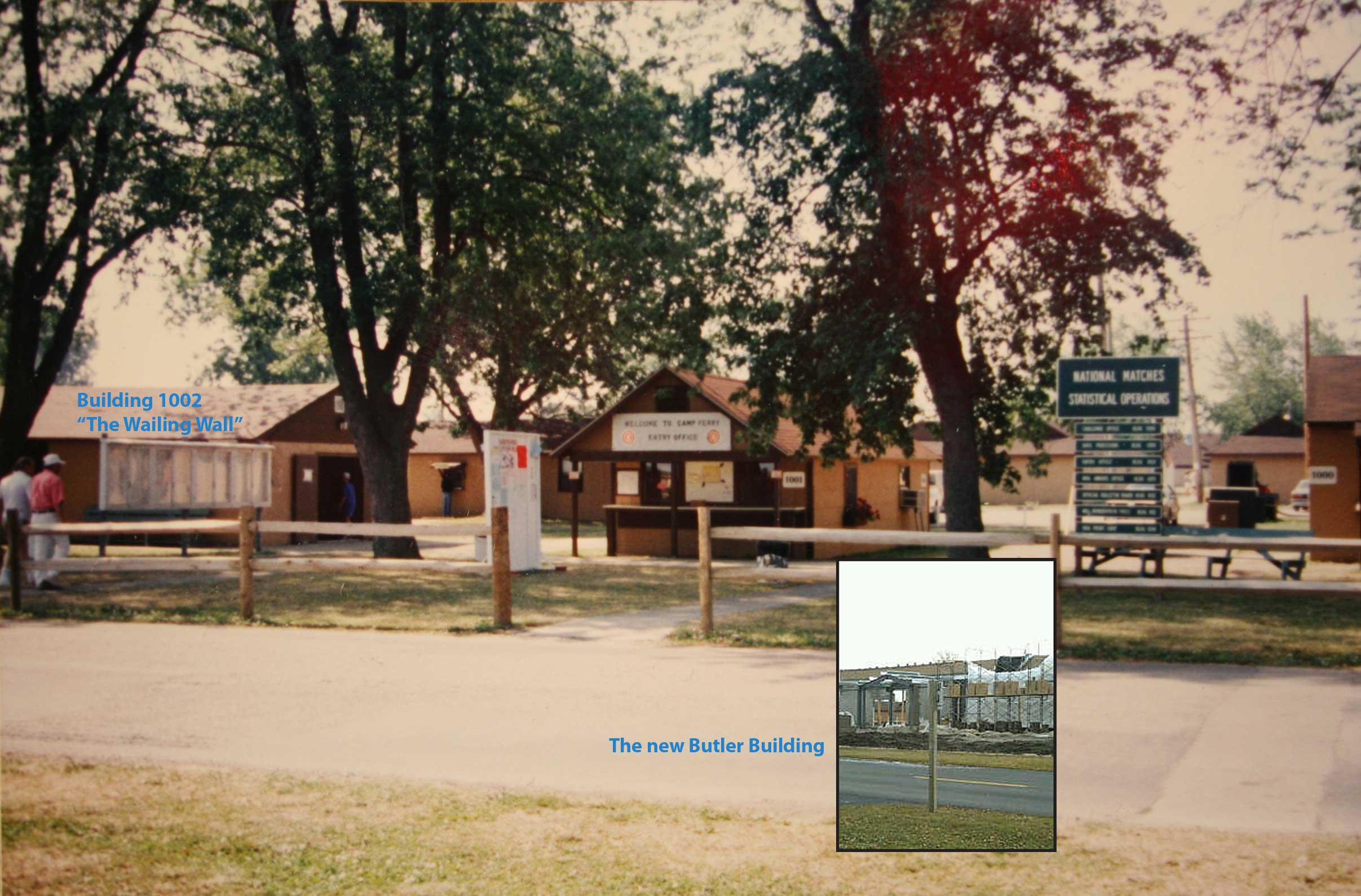 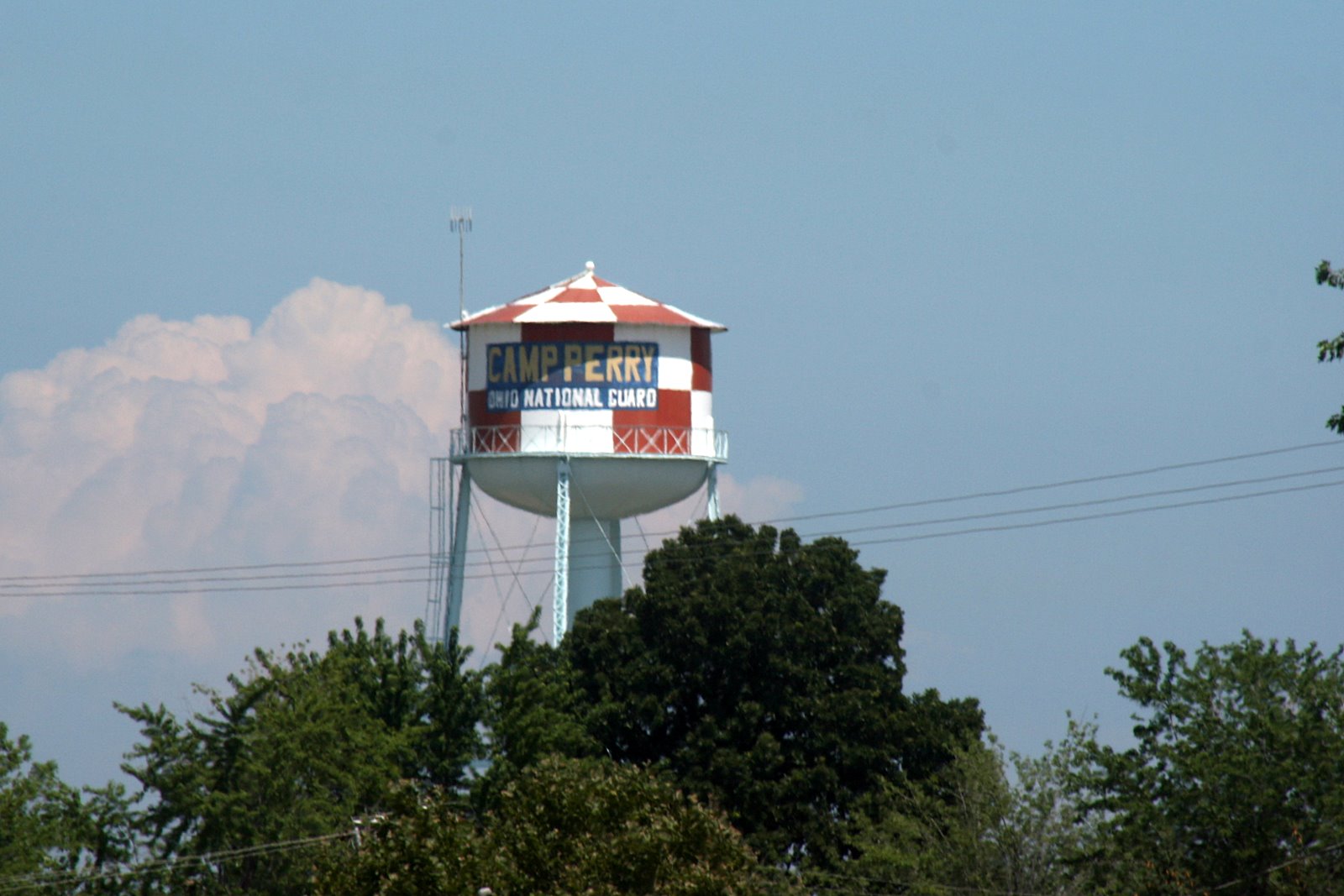 A thunderstorm brewing over Lake Erie in the July heat.
Photo by Dan Feldbusch, NRA Blog, I think.

Here is an excerpt from the email that went out today from Mike Krei, Director of the NRA Competitive Shooting Division:

I will be heading to Camp Perry for an Executive Steering Committee meeting along with CMP staff to continue planning for future development on the Camp Perry Training Site. We will be working on plans to move the Smallbore firing line down range to get out of the MIRF pop-up targets and have a firing line that will accommodate over 200 continuous firing points. A new parking lot will be added behind the 600-yard line on Viale range to accommodate this move.

Immediately after firing was completed in the High Power Long Range Championship this past summer, Camp Perry engineers were in the NRA Statistical area removing five of the old World War II buildings used for NRA entry office, scoreboard room (wailing wall), finance office, awards office, scoring room and target storage buildings to make room for a new Butler Building. This building will be used as a classroom for military firearms training by the Ohio National Guard and by NRA during the summer. During the National Matches the new building will accommodate all of the NRA functions that were done in the old buildings, so be prepared for a new look when you drive along Lawrence Road.

As you can see from this year’s Camp Perry logo,
the smallbore rifle didn’t make the cut…again.

Dan Holmes started shooting competitive smallbore in 1986. During his Junior career, he earned two national junior team titles as well as local and regional wins. After a 10 year year hiatus to attend college and start a family, Dan returned to the sport and has added local, sectional and regional wins to his shooting resume. Dan is a Distinguished Rifleman, National Record Holder, U.S Dewar Team Member, Black Hawk Rifle Club Member, Digby Hand Schützenverein member, and is the founder of pronematch.com. He lives in Massachusetts with his wife and 2 children.
View all posts by Dan Holmes →
This entry was posted in Camp Perry and tagged Camp Perry. Bookmark the permalink.