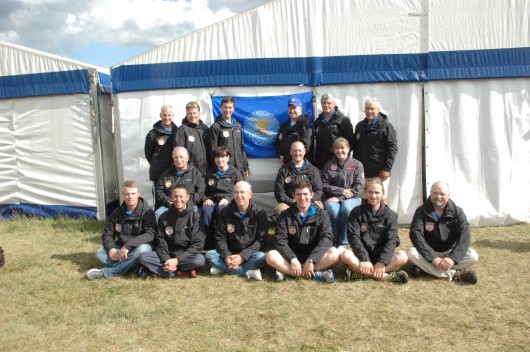 Heavy gusting winds, thunder lighting, rain, and hail did not deter 2017 US Roberts Team regained possession of the prodigious trophy by defeating the British 3838 to 3827.

The team was inspired, or more likely frightened, to the win by exhortations from Lones Wigger, who had to withdraw as Team Coach at the last moment for personal reasons.