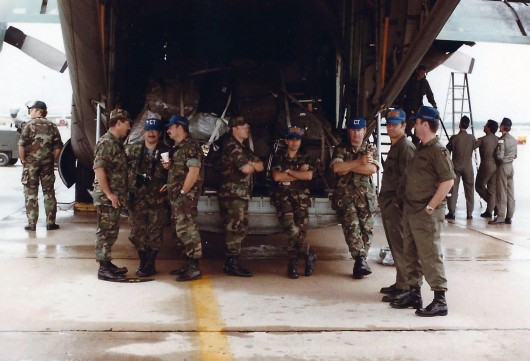 Editor-in-Chief of pronematch.com, Harold “Hap” Rocketto (center of three guardsmen on left wearing CT hat), returns home from the National Guard Bureau National Matches in Little Rock, AR circa 1984. The C-130 that was taking the RI, CT, and NH rifle team contingent back to New England when water penetrated one of its engine nacelles and shorted out a fire indicator light. The team had to wait on the tarmac for the equipment to dry out. Photo furnished by Wayne Farrington.

3 Responses to Photo of the Week