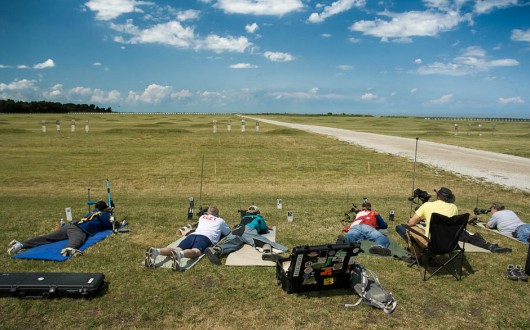 (07/25/09, CAMP PERRY, OH) The firing of the 2009 Drew Cup on Viale Range at Camp Perry Ohio. The Drew Cup is an annual postal match fired between juniors in England and the United States. Photo by Dan Holmes. CLICK TO EMBIGGEN.