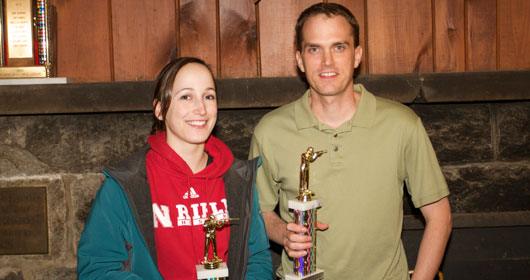 Kim Chrostowski and Dan Holmes, the high scoring team members for the RI and MA teams.

The top ten shooters from each league are invited to participate and represent their league’s team. This year’s match was hosted by Rhode Island and held at Smithfield Sportmen’s Club on April 22nd. The match was fired on the NRA A-36 50-foot target and the top five scores from each team were used to calculate the team score.

Massachusetts got off to a small lead as four team members shot a perfect 100 in prone. Five other members backed up the team’s effort with 99’s. On the other side, Rhode Island had just one team member fire a 100, while four other recorded 99’s, followed by two 97’s. This gave Massachusetts a three point lead going into the second stage of the match, kneeling.

Massachusetts tacked on an additional five points to their lead as the top five kneeling scores dropped a total of 21 points while Rhode Island’s top five dropped 26. Massachusetts had an 8 point lead; not nearly enough to ensure victory as many matches have been lost in offhand.

Rhode Island takes a 9 point lead over Massachusetts. Dan McCabe also fired a 287 for Massachusetts took second for the team when going to the tie-breaker, better offhand score. Second for Rhode Island was Joe Graf with a 282. Massachusetts was scratching its way back and was now down by just 4 points. 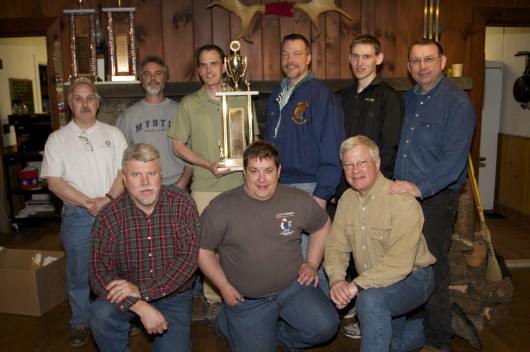 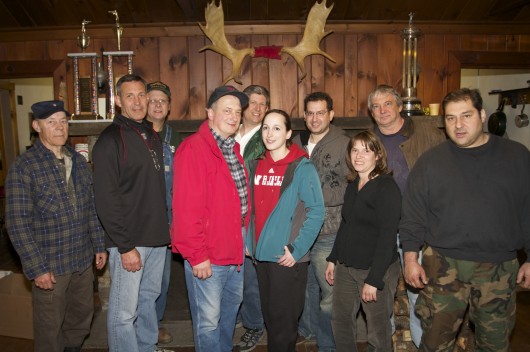