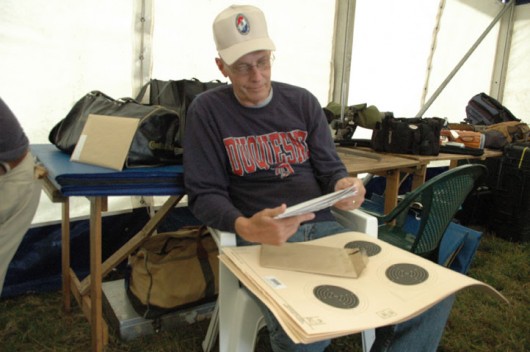 Dave J. Cramer began shooting with an NRA Junior Rifle program while attending high school in Homer City, PA. While an undergraduate at Indiana University of Pennsylvania he was named an NRA Collegiate All-American, a first for the school

Soon after graduation he was commissioned a second lieutenant in the Army Quartermaster Corps. After completing his basic officers’ course he was assigned to the Americal Division, serving in Chu Lai, Vietnam during 1967-68. Returning to the United States he found himself at Fort Benning, GA and was assigned to the Army Marksmanship Unit’s International Rifle Section in 1969.

Upon leaving active duty he joined the US Army Reserve where he successfully shot both International and Service Rifle, compiling an impressive shooting resume. He eventually was the Officer in Charge of the successful USAR International Team which he served on for 24 years, retiring as a lieutenant colonel.

His international accomplishments include medals won at the 1974 World Shooting, the 1975 Pan American Games, the 1979 World Air Gun Championships, and the 1979 Pan American Games. Cramer was a member of the 2005 US Pershing Team, 2009 US Roberts Team and 15 US Dewar Teams

He has served on the NRA International Competitions Committee and the NRA Smallbore Rifle Committee. For over 28 years he was the rifle coach at Duquesne University while he taught biology at Hopewell Area High School. He was selected to membership in the Beaver County Sports Hall of Fame.

Dave was actively and successfully shooting until taken ill this summer.  In one of his last tournaments, the Mid Atlantic 6400, in June, he established a new Senior National Record of 6397-551X over the double Critchfield Course.

He is survived by his wife Alice and daughter Jannell.